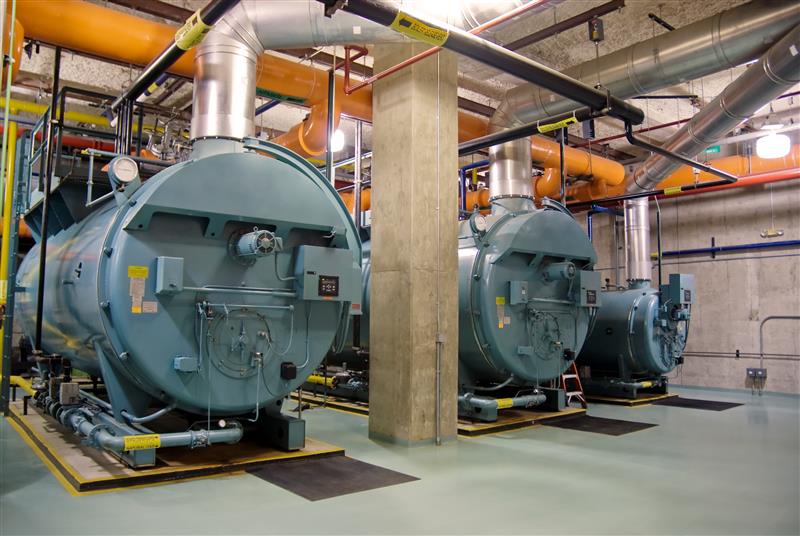 All kinds of manufacturing plants have boilers that produce steam, electricity, hot water or heat other fluids in order to produce their products, whether it is for building materials, food products, pulp and paper, chemicals or as a laundry. As such, all those various plants are critically reliant on their boilers being reliable and operational for them to produce their products. Unfortunately, as is too often the case; the boiler system, operation and maintenance are not viewed as critical to the production line until it is down…

Pearl Engineering has done some very successful boiler system improvement projects. We would like to share an example of a food plant’s boiler that was not only unreliable and required constant and expensive repairs but was probably dangerous as well. We assisted this client with their boiler problems back in 2002.

This food plant had a 500 hp Fire Tube Package Boiler that had been installed in 1996. Its operation was concurrent with a food line production, which runs approximately 348 days a year. Therefore, boiler operation downtime was at a premium operating cost.

This boiler system had approximately 130 tubes, of which 87 in the rear wall had cracked and been replaced in three outages in 2001. These repairs were performed by the plant’s boiler service contractor. No detailed inspection and repair reports had been available, and no metallurgical analyses had been performed for our investigation. Further, no examples of the cracked tubes were available

Pearl Engineering’s approach to this problem of the numerous boiler tubes cracking and failing was to execute a Root Cause Analysis and then provide a Solution Plan. They are addressed as follows.

The following are the highlights of the Root Cause Analysis.

The following are the highlights of the Solution Plan.

After completion of the Solution Plan recommendations, this plant saw a significant reduction of the Boiler Tube Cracking with only five requiring replacement during the annual outage following their implementation.

The point of this example was that the boiler system was not the cause of its reliability problem. With some elementary improvements, operating procedures, training and working with the boiler operators: the downtime of this boiler and the resulting shutdown of its dependent food production line was minimized. The result was the improvement of this plant’s reliability in production which means an increase in profit margin with minimal investment.

Pearl Engineering is proud of our culture of: ‘Creating Innovative Solutions to Complex Problems’.

Please let us know if we can help your plants boiler in anyway like this.